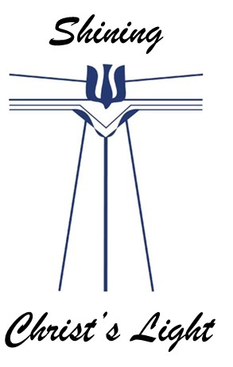 What is unique about the Presbyterian Church?

Presbyterians are unique in two major ways: they adhere to a pattern of religious thought known as Reformed theology and a form of government that stresses the active, representational leadership of both ministers and church members.

We believe that God is the supreme authority throughout the universe.

Our knowledge of God and God's purpose for humanity comes from the Bible, particularly what is revealed in the New Testament through the life of Jesus Christ.

Our salvation (justification) through Jesus is God's generous gift to us and not the result of our own accomplishments. It is everyone's job - ministers and lay people alike - to share this Good News with the whole world. That is also why the Presbyterian church is governed at all levels by a combination of clergy and laity, men and women alike.

The Chapel built in 1947 and facing Village Drive had an educational wing added in 1949.  The first manse was purchased that same year, and the Reverend Thomas C. Clay was called to become the first pastor.  Adjacent land was purchased in 1955 for parking and possible future expansion.  That expansion came in 1959 with the construction of the present sanctuary building.

In 1983-84 the original building interior was remodeled by craftsmen of the church.  This project was continued through 1988 with new carpet, structural changes were made in the chancel, new lighting and paint for the sanctuary.  A new restroom was added to and the parlor was redecorated with new furniture, draperies and accessories.  A fresh coat of paint, tile flooring, a drop ceiling and new storage cabinets were added to the fellowship hall.  A chairlift for the handicapped was installed to make the fellowship hall and kitchen more accessible, and the air conditioning was installed in the same area.

In the spring of 1989, a long-awaited building/remodeling project began.  Al Starr and Fred Edele led a successful capital campaign in the summer of 1988 obtaining a grant from the Presbytery of West Virginia.  Charter members Thelma Duncan and Henry Hurd turned the first shovels of dirt in October, 1988.  The project consisted of stucco and brick facing, remodeling church offices, new thermal windows, and a new central heating and air conditioning system in the original building.

A new narthex connecting the two buildings became a reality with a memorial rose stained glass window and one of the original pews featured as a decoration.  Landscaping of the entire project was done.  The first tree was planted in October, 1989 without borrowing one penny.

In December, 2008, the Rock Lake Gaming and Putt Putt facility (formerly Rock Lake Pool) was purchased with a vision to the future.  We feel that God was truly working in that purchase and we are striving hard to find that mission for which we have been chosen.  It is now the Community Life Center where we try to provide for the upbuilding and education of the community.

Stained glass has been a continuing addition to the sanctuary building over the years.  Beginning with the original chancel windows in 1959, in memory of Jean Page Inghram, the other plain glass windows were replaced by then pastor the Reverend Don R. Hopkins, assisted by John Bright and Dr. Charles Steinle, working on designs by Mrs. Ruth Ryan and funded by Mrs. Pearl Inghram.  In 1985 two additional windows were placed in the narthex.  One window is in memory of Mrs. Anne S. Ellis, wife of Pastor Emeritus, Dr. Dorsey D. Ellis, and the other window is in memory of Mr. Calvin E. Broyles.  In 1989, a memorial rose window was placed in the new narthex in memory of Doris Warner Bradley.

Rock Lake Presbyterian Church has had a continuous ministry through the constant use of its facilities and involvement of its members over the past years.

Over the past 70 years, Rock Lake has had six ministers and has offered five candidates for the Ministry of Word and Sacrament and one to Christian Education.  RLPC presently supports missions in Africa and Bangladesh through the denominational mission program that has been part of our ministry through the years. We also support Community wide missions through our participation and giving.

WE ARE CALLED TO PROCLAIM THE GOOD NEWS OF

THE LORD, OUR GOD;

THROUGH THE WORK OF

May all we do be to the glory of God!!